What is Wrong with the Presidents Cup

by dennisgolf for Opinions October 4, 2017

The President’s Cup has come and gone, now time for some analysis. It sucked, but let me explain.

And for the golf? It was okay, but it pretty much was the USA dominating.

There may not be an exact answer but here is my take.

The USA as we all know was stacked and loaded with young kids who love wearing red, white and blue.

On the other side, there is more to talk about. They were not even top heavy or deep.

Their “Number 1” guy would of probably been Jason Day if you had to categorize but as we know he has struggled for almost a year now. With all the injuries and lack of playing he is no where near the top of his game.

After that you have about two or three guys who were, eh.

Marc Leishman had a pretty solid year on tour and I thought was there best guy this week.

Then you get either Adam Scott or Hideki Matsuyama.

Scott has been the definition of mediocre this season and isn’t anything to really talk about in a positive way. His putting is back to where it was when he was anchoring, but still not the old Scott.

After that you have the biggest question mark in the golf world, Matsuyama. This guy is so bizarre I still don’t know how to even describe him. He hits great shots here and there and will throw his club, stick it to 3 feet. And then a few holes later he will miss a shot short by 10 yards, but club twirl right after the shot. He seemed to be very inconsistent all week and an utter mess. He went 1-2-1 on the week and didn’t impress a soul, only beating Justin Thomas Sunday 3 & 1 when it didn’t matter.

The bottom half of the International team was absolutely atrocious.

Anirban Lahiri looked lost. Branden Grace is still hungover from his 62 at The Open and Adam Hadwin didn’t win anything all week.

What is the answer? Who knows.

Open the event to animals?

Maybe the USA is just too good.

What do you think?

Prev post Xander Schauffele has Flown Under the Radar All Season
September 28, 2017

Today was the biggest day of Justin Thomas’s career. Not only did he finish second… 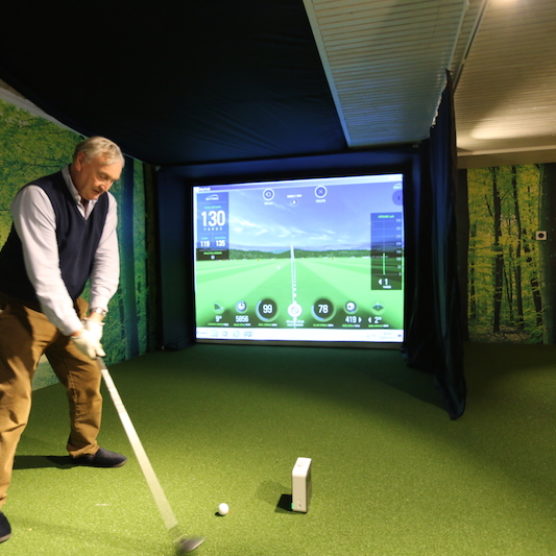 Your Own Home simulator! SkyTrak’s home golf simulator is heralded as a “complete practice, play…