by Lauren DiCenso for Instruction February 14, 2018 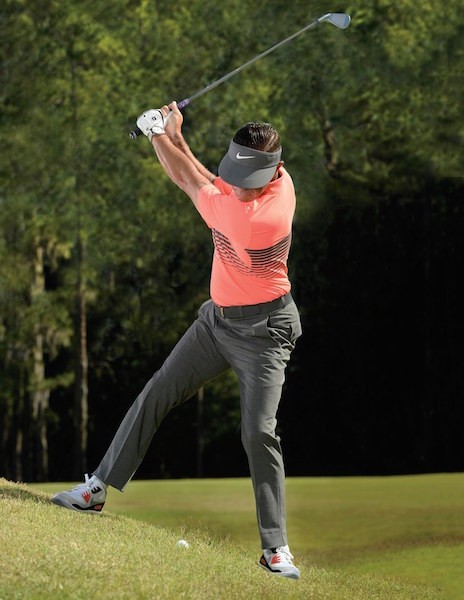 Ah, the dreaded downhill lies. It’s one of the toughest golf shots to setup for, let alone hit. The imbalance can make for embarrassing chunks and skulls.

Have no fear! Here are three steps to help you overcome tough downhill lies:

Don’t make the mistake of setting up your stance the same way that you do when you’re hitting off of flat ground. You’re going to end up taking a big chunk of dirt out of the ground. Instead of taking a narrow stance, it’s better to widen it.

So, first step forward with your front foot. This moves your entire swing “forward” so that while you hit the ball further “back” in your swing, your club will be at ground level on contact.

If you’re body is straight-up-and-down when you’re hitting from a narrow stance, it can be disastrous when hitting on a downhill lie. You’re going to end up being further behind the ball when you make contact and chunk it.

Try to tilt yourself into the lie so that your upper body is roughly perpendicular to whatever lie you’re in, unless you’ll lose your footing if you do so. If a lie is that steep, simply widen your stance as much as possible, and try to make the contact point as close to your natural swing arc as possible. The important point to take away is to try to keep your natural swing, but adjust it for the conditions.

3. Use a Club With More Loft

When your stance is wider and you’re leaning forward, you’ll automatically hit the ball further “back” in your swing.

What a lot of golfers forget is that as you bring the club downward, it gets more square to the ball, which brings the clubface to the desired angle. If you’re making contact further back in your swing, you probably don’t have the time (or the wrists!) to hit the ball at the usual angle for the club’s “regular” loft.

Instead of messing around with your swing, simply use a loftier club.

Keep these three tips in mind the next time you find yourself in a difficult downhill lie. 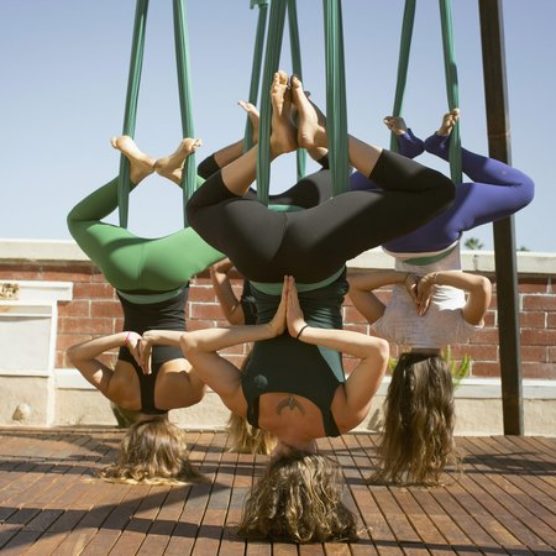 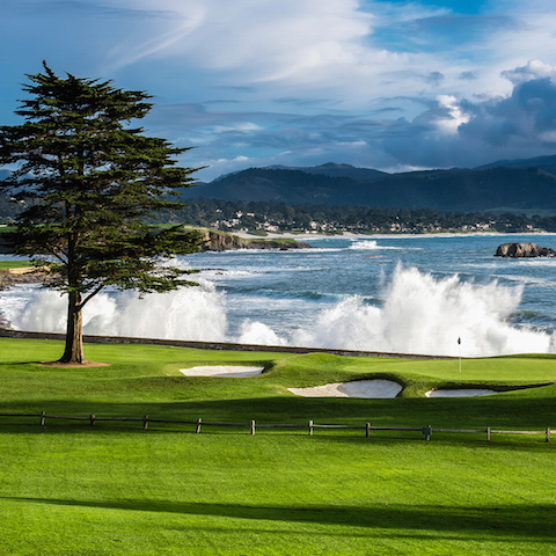 Next post Three Reasons Why Golf is the Best Sport
March 21, 2018

Okay, maybe I'm biased, but golf is definitely the best sport there is. I'm not…